You can not miss it. Enter the Historical Society of Cheshire County exhibit hall in Keene and it towers above its surroundings, floor to ceiling – a Sherman tank – with a turret, cannon, and camouflage netting on top.

But appearances are deceptive, and deception is the theme of this fascinating summer exhibit about a classified military unit that played a vital role for the United States at the end of World War II.

Filled with air, the tank is a 98 pound army green rubber drop with painted black markings to make it look like the real thing. Pull the plug and it would collapse around you, which happened to an unsuspecting general when a “tank” fell back on him during World War II. Fake tanks were part of the repertoire of the phantom army, along with a host of other accessories intended to deceive the Germans.

For nearly three quarters of a century, the 23rd Special Troops Headquarters – the Phantom Army – was little more than an appearance. His mission and his men have sworn to secrecy, even silencing gregarious figures like the late Mickey McKane of Marlborough and Keene. McKane features prominently in the exhibit; many artwork and stories courtesy of Keith McKane of Keene, the youngest of Mickey McKane’s three sons. They include stories about famous fashion designer Bill Blass, who was Mickey McKane’s best friend and best man when he married Keene.

The top-secret unit, activated on January 20, 1944, was created to deceive the enemy, not to fight it. The 1,105 men, including 82 officers, were illusionists as much as soldiers, stealing through the countryside of France, Belgium, Luxembourg and Germany in an attempt to ward off the enemy from real battles planned elsewhere.

The Phantom Army used inflatable tanks to deflect the enemy during WWII. One of these tanks is on display as part of an exhibit at the Cheshire County Historical Society in Keene. 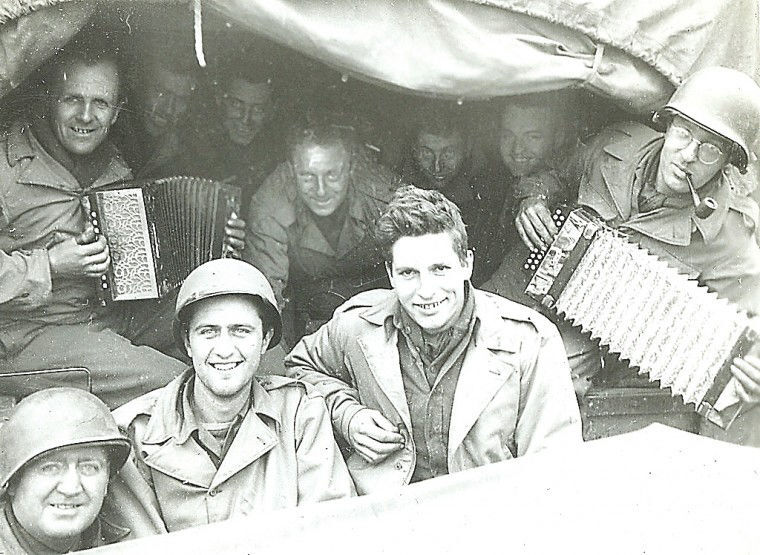 Members of the Phantom Army during World War II. 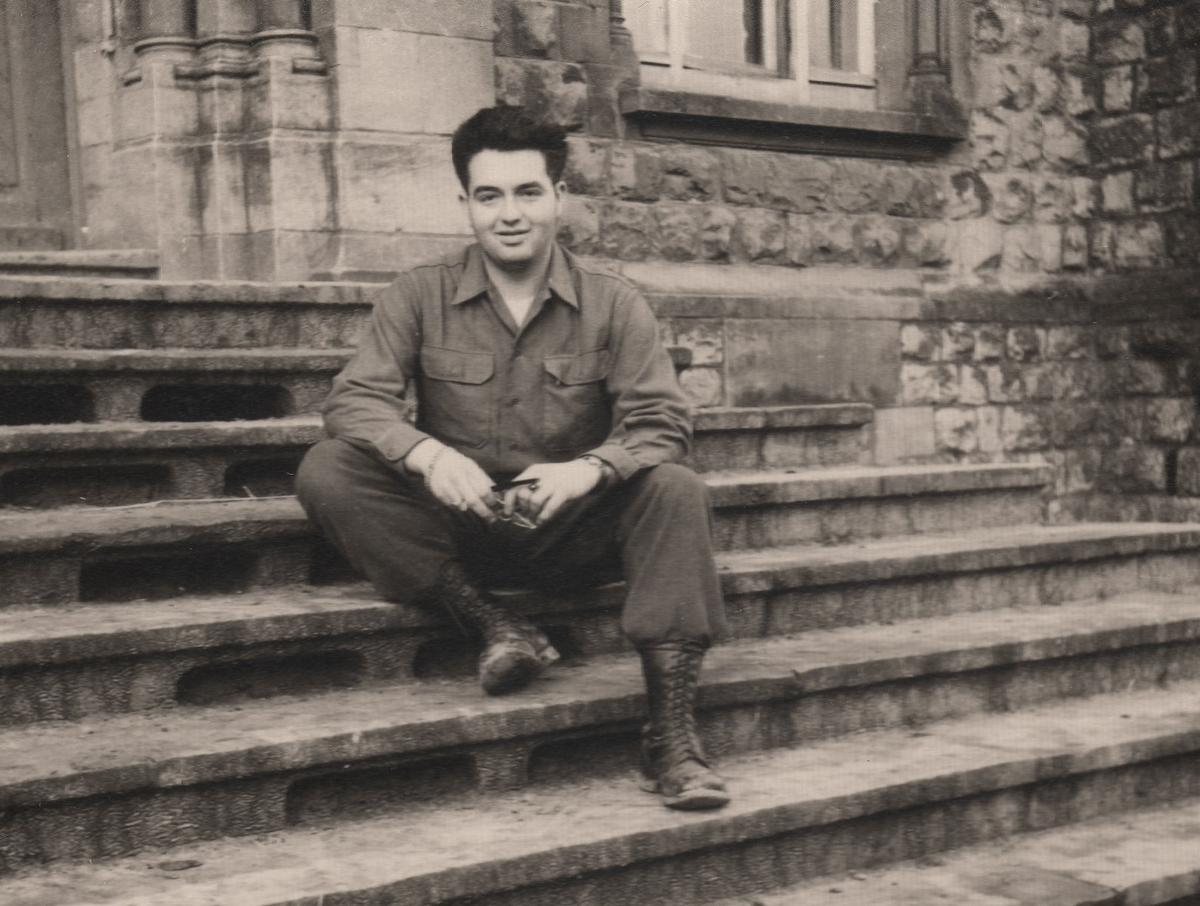 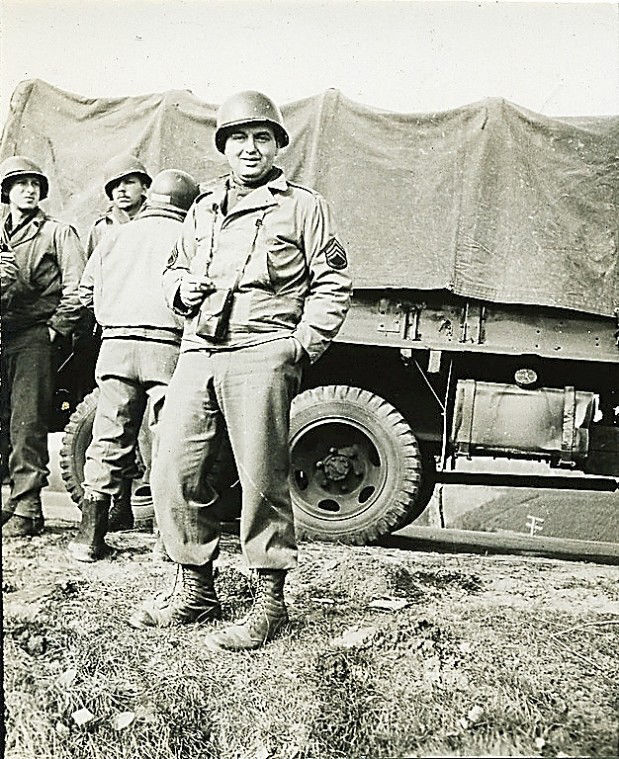 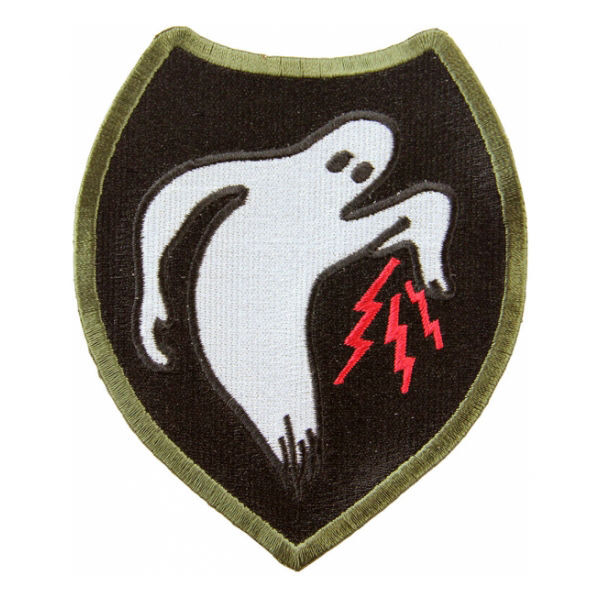 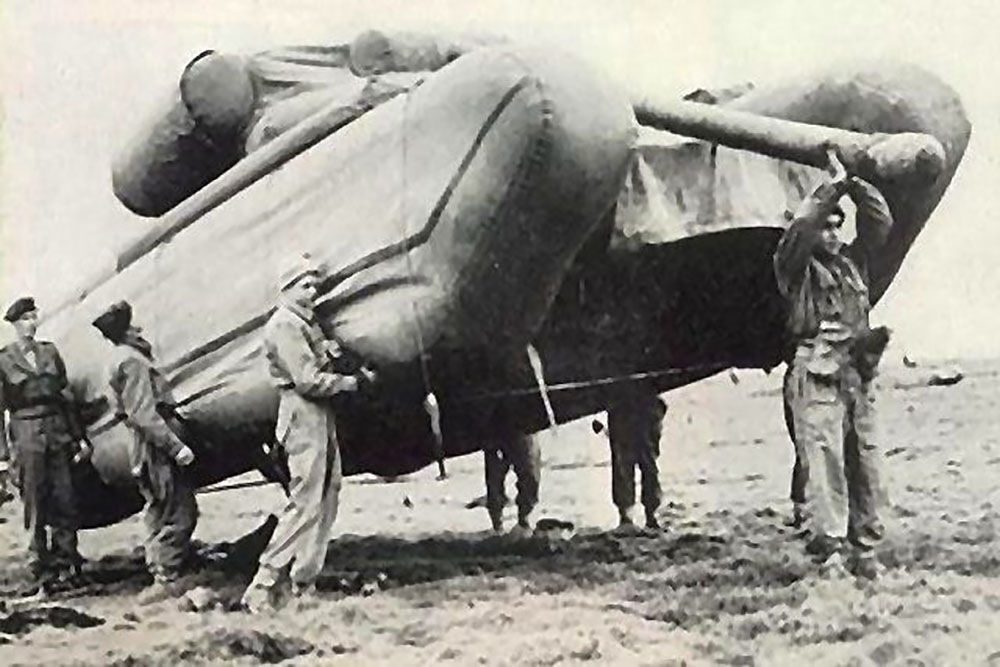 The Phantom Army used inflatable tanks to deflect the enemy during WWII. One of these tanks is on display as part of an exhibit at the Cheshire County Historical Society in Keene.

Members of the Phantom Army during World War II.

United States Representative Annie Kuster, DN.H., who visited the exhibit on Friday, said she was particularly interested in the Phantom Army because she was in love with the history of WWII global.

His father, Malcolm McLane, was a pilot who was in the air during the invasion of Normandy on D-Day. Six months later, on Christmas Eve, McLane was shot down during the Battle of the Bulge and taken to a camp of Nazi prisoners of war. He survived the experience and was later elected mayor of Concord. After reading the story of the Phantom Army, Kuster said that she thinks she never received her due.

So, in February, Kuster co-sponsored the Ghost Army Congressional Gold Medal Act with Rep. Chris Stewart, R-Utah, to honor those who served in the unit. It passed the United States House on May 18, and Kuster said she hoped the bipartisan measure would reach the Senate, where it also needs a two-thirds majority vote.

“It’s just an amazing story.… And it really worked to deceive the Germans,” Kuster said. “They helped us win the war, but afterwards they swore to keep it a secret.”

No one had known for half a century. The existence of the Ghost Army was kept secret until the mid-1990s, and it wasn’t until the last 10 years that details slowly emerged. Filmmaker Rick Beyer produced “The Ghost Army” for PBS in 2013, interviewing 19 surviving members, and in 2015 he co-wrote a book with Elizabeth Sayles, “The Ghost Army of World War II: How One Top -Secret Unit Deceived the enemy.

Beyer, who was a Kuster classmate at Dartmouth College in the late 1970s, is the originator of the national exhibit which is on display at the Keene Historical Society until September 2. Called the Ghost Army Legacy Project, it features wall panels that surround the room detailing the Ghost Army’s objectives, missions, and the personal stories of some of its members. It includes photos and sketch artifacts drawn by the soldiers themselves.

An entire wall is dedicated to Mickey McKane, an artist, musician and performer, who appeared in Oscar-nominated John Barrymore’s “Reunion in Vienna”. Mickey McKane was attending the Pratt Institute of Fine Arts in Brooklyn, NY, when the military recruited him. Although he passed away in 1990, his three sons shared many of his stories.

Keith McKane and his wife, Tammy, were at Friday’s informal meeting with Kuster at the historical society. Keith and his brother Morgan McKane spoke at length about their father in a Sentinel article from May 11, 2013, and on Friday Keith said he was upset to see his father appear so prominently in the exhibit.

“It means so much,” he said. “I’m so quick to remind people how much they gave, not to brag about my dad. They were heroes. And not knowing if what they did worked … “

For example, in Operation Viersen, the phantom army wanted the Germans to think the Allies would cross the Rhine 15 miles north of where they actually intended to attack. They simulated the build-up of two divisions (about 30,000 men) with their travel accessories, and the Germans even believed that the attack would be delayed. The phantom army was long gone when the Germans prepared for battle; the actual crossing resulted in light resistance and only 31 Allied casualties. Overall, officials said the Phantom Army may have saved more than 30,000 Allied lives during the war.

Part of the deception was conducting deceptive conversations so that the Germans could hear them. Keith McKane said their clandestine operations even led to a friendly brawl. It seems that the phantom army was called in for help by another unit which had no idea that it was forbidden to engage the enemy. When members of the two units then passed each other, it led to a scuffle, McKane said.

McKane was not the only local son of a member of the Phantom Army at Friday’s rally. Timothy H. Congdon of Keene said his father, Richard H. Congdon, was also in the phantom army. However, Tim Congdon said his father never spoke about it and died before it was declassified.

Historical Society chief executive Alan Rumrill said McKane’s participation played a role in the exhibit at Keene. He was in North Carolina and will move to Chicago after his run here. The historical society first showed Beyer’s film three years ago, which has sparked increased interest. Rumrill said it has attracted a lot of traffic since it opened on June 2.

“People are surprised and happy to be able to learn more,” he said. “It was really fantastic.”